Content & Image Sliders (or Carousels) are components used to cycling through elements in a professional way having stunning visual effects and various templates to be appealing to the visitors.

Create Featured Content Slider Using jQuery UI by Web Developer Plus – This is a nice tutorial that teaches you how to “show off the best content of your website or blog in a nice intuitive way” in order to “catch more eyeballs”. One of the techniques to show the featured content is the auto-playing content slider.

Easy Slider is a JQuery Plugin that “enables images or any content to slide horizontally or vertically on click”.

This slider script is simple to implement, lightweight and easy CSS customizable. 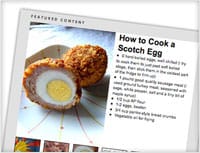 Creating a Slick Auto-Playing Featured Content Slider is a tutorial written by Chris Coyier from CSS-Tricks.com. This script is based on the Coda Slider. It has additional features such as:

Start/Stop Slider – a tutorial by Chris Coyier from Css-Tricks.com.

Step By Step To Create Content Slider using jFlow, A Minimalist jQuery Plugin – a tutorial from WebDesignBooth that explains you how to create a simple content slider using the powerful library JQuery.

BarackSlideshow is a very tiny and lightweight slideslow script, inspired by the slideshow in Barack Obama website. The script takes the power of MorphList to enhance visualization and navigation through the image slider.

Making a Content Slider with jQuery UI – a very well explained step by step tutorial by Dan Wellman for NetTuts. 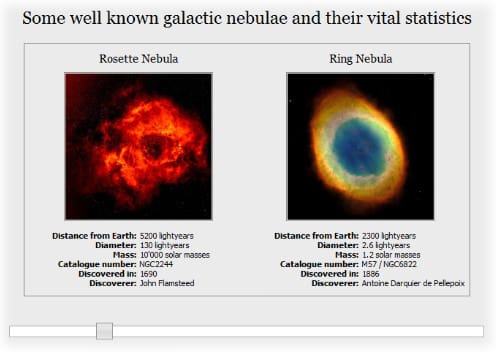 JC Play List is free and easy to use Flash component created especially for easy visual representation of multimedia lists such as XMLs, RSS 2.0 feeds from Picasa and Flickr. This application can be used to display any kinds of lists including items that contain images, titles, descriptions, index numbers, custom backgrounds and overlays, additional information etc.

AnythingSlider jQuery Plugin is an attempt at bringing together the functionality of all of those previous sliders and adding new features. This is the first JQuery Content Slider Plugin released by CSS-Tricks.

This new AnythingSlider is an attempt at bringing together the functionality of all of those previous sliders and adding new features. In other words, to create a really “full featured” slider that could be widely useful.