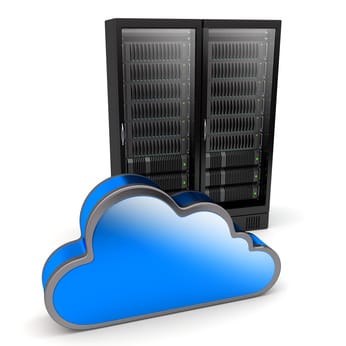 If you closely look at cloud hosting, the name itself imparts a sense of security. Traditionally, it is based on the premise that instead of storing data locally, data is stored online centrally in either public, private or hybrid cloud environments. This is a revelation as data can be accessed from any computer, anywhere, anytime. But how reliable and secure cloud hosting really is?

First things first! Reliability is a mandatory discipline which implements scientific knowledge to make sure that a system will perform its intended function for the specified duration within the desired environment, which involves the ability to support, test and review the system throughout its lifecycle.

When it comes to software, reliable software is considered as failure-free software which is operational for the specified period of time in the given environment.

A Look inside Cloud Hosting’s Armory

The beating-around-the-bush part ends here. Reliability of a cloud seems to be a chink in the armor but it is everything but that. Its equivocal nature is often misleading but what it actually illustrates is DAMAGE LIMITATION as failures are inevitable. Metaphorically, it means holding your end valiantly once the going gets tough.

What about the urgent in flight data transactions? What about partially completed transactions? Will they be executed according to protocol? What if anomalies in one account spill over into other major sites located on the same physical server? Cloud providers offer reliable environments in which efficient data backups can be created, but is that really good enough? The answer is yes! Cloud hosting isolates each individual server so that when a single server is under duress, it does not affect another server’s performance.

There is so much more to cloud hosting than what meets the eye. It not only keeps your content safe but it also provides swift recovery schemes. By distributing server data across redundant servers, information hosted in the cloud is protected against hardware failure. Automated backups and snapshots ensure that server content stays safe and up-to-date. Reliability is often delivered by replication which is camouflaged so that there is no performance interference.

This is the need of the hour given the recent increase of dependability of organizations, groups and companies on the cloud and the impeccable services it provides.

Delivering reliable cloud-based services is easier said than done. It must start with an awareness of the extent of change of operations in the cloud, including identification of the new points of vulnerability. After carefully addressing to these issues, both cloud service providers and users working in tandem can then take advantage of these opportunities which in turn leads to mitigating the risks. And when this approach is complemented by conventional engineering diligence, cloud-based services have the caliber to exceed the service reliability standards.

Can anyone guarantee 100% reliability? Sorry to burst your little bubble but the answer is NO. The software is designed for failures and components will misbehave periodically so no matter how much you spend on reliability, probability of a failure is never zero.

Reliability was the orchestrator in the decision of replacing traditional on premise solutions by cloud based solutions in the first place. Knowing that in its relentless prime it has revolutionized the international IT industry over the past decade, why question it now?

Sane users (Non-believers in utopia) do realize that there might be some boulders on the way but cloud reliability is as prudent as anything out there. And what many users don’t get is that ultimately it is all in their hands as they are the ones choosing their cloud service providers so this process needs to commence with caution and utmost knowledge. So, make the right choice.

Aditi Tyagi, Editor-in-chief of MyRealData, devotes an immoderate amount of time on the keys of her keyboard and it is only rational that specific part of her precious time is consumed in writing. When she is not working out with her fingers ranting about technological stuff, she loves to read books, especially the ones carrying romantic stories.