Warning: Use of undefined constant DOWNLOADTRACKTABLE - assumed 'DOWNLOADTRACKTABLE' (this will throw an Error in a future version of PHP) in /home/customer/www/bitrepository.com/public_html/wp-content/plugins/wp-downloadcounter/downloadcounter-config.php on line 23
 charts Archives - Bit Repository
You are here: Home / Archives for charts

Grafico is a graphing library based on Raphael and Prototype.js. Originally developed as Ico by Alex Young, this new library, now developed by Kilian Valkhof at Wakoopa, is flexible to implement and provides numerous api options to tweak the look of the graphs. Grafico’s basic principles are to provide good, clean looking graphs while stayings with the guidelines laid out by Stephen Few and Edward Tufte.

TufteGraph is a JQuery Plugin that generates beautiful (stacked) bar charts. It works in conjunction with the JQuery enumerable plugin. The graphs can be styled via CSS. If you are looking for beautiful colors you want to use on the charts, you can find some at colourlovers.com.

Why is it different from other JavaScript charting libraries?

dygraphs is a lightweight (45kb) and responsive JavaScript Visualization Library that produces interactive and zoomable charts of time series. This library is designed to display dense data sets and enable users to explore and interpret them.

Being purely client-side JavaScript, dygraphs does not send your data to any servers: the data is processed entirely in the client’s browser.

END_OF_DOCUMENT_TOKEN_TO_BE_REPLACED

Highcharts is a JavaScript charting library that offers an easy way of adding interactive charts to your web sites/applications. This library, written in pure JavaScript, currently supports line, spline, bar, pie, column, area, areaspline and and scatter chart types. Any of these can be combined in one chart. Since it is solely based on native browser technologies, Highcharts doesn’t require client side plugins like Flash or Java. No server side programming languages (PHP, ASP NET etc.) are required to use this charting library that needs only 3 files to run: the highcharts.js core, a canvas emulator for IE, either the jQuery or the MooTools framework.

MilkChart is a robust and simple to use MooTools library for transforming table data into a chart. The library uses the HTML5 <canvas> tag which is currently supported in browsers other than Internet Explorer. Currently the library supports the following types: 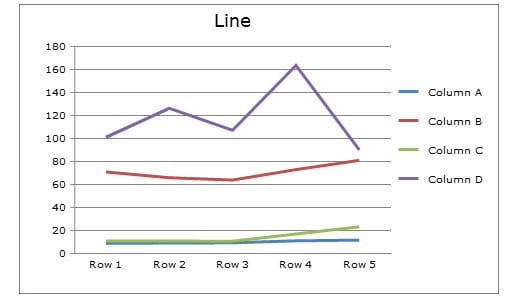